Changes are a comin’ on the 2014 mortgage front. All signs indicate that rates, supply, and transaction type will shift from what was experienced in 2013. That means that organizations and lenders will need to align a new set of ducks in order to accommodate the change in the marketplace. Here’s what the experts are forecasting.

Purchases will go up, and refinances will drop. This doesn’t mean as much for the client as it does for the industry professionals. Purchases are time critical, so lenders and brokers need to kick things up a notch. Good news for us brokers – we work with several different lenders with several different programs and levels of flexibility. Some of the larger lenders are mired in procedure.

Housing supply will align more with demand. New construction and a better market forecast in general should bring out the “FOR SALE” signs. According to the National Association of Home Builder’s Chief Economist, David Crowe, “Single-family and multifamily starts are at five-year highs, providing additional evidence that the recovery is here to stay”.

Housing prices will continue to rise. Zillow’s Chief Economist, Stan Humphries, expects that gains realized in 2013 will “continue into next year, though at a slower pace. The housing market is transitioning away from the robust bounce off the bottom we’ve been seeing, toward a more sustainable, healthier market. This will result in annual appreciation closer to historic norms of between three percent and five percent.”

Mortgage rates will rise. The Mortgage Bankers Association predicts rates will hover around 5% throughout 2014, and increase marginally in 2015. While this isn’t substantially different from today’s rates, this combined with increased prices will make homes slightly less affordable.

Many homeowners will return to a positive equity position. Due to HARP refinances and the upswing in market values, mortgage holders who were previously “underwater” in home value have recouped some equity.

Americans will move to smaller homes in more affordable locations. While this may be pure speculation, it is interesting to consider. This was presented in a post by Glenn Kelman (Redfin CEO) and is part of a series in which LinkedIn Influencers pick one big idea that will shape 2014. Kelman asserts that because home prices jumped 15% and wages increased less than 2%, Americans will migrate to cities where housing is more affordable. “2014 will be the year of America’s Other Places: Denver, Charlotte, Dallas, Houston, Austin, Richmond, Charleston and Salt Lake City. Newly mobile Americans, freed for the first time in five years from underwater mortgages, won’t just move across the street. They’ll move across the country.” We’ll have to wait and see on this one.

There is a lot to be positive about in 2014. If the experts are correct, foreclosures will continue to decline, there will be more housing demand in the Richmond area and HARP refinances will return many homeowners to a positive equity position. Even though rates may rise slightly, they are still extremely reasonable as compared to historical highs. I’m looking forward to new business generated in 2014! 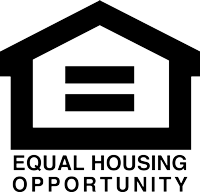 Website and Front Page Ranking brought to you by Connection Inc.